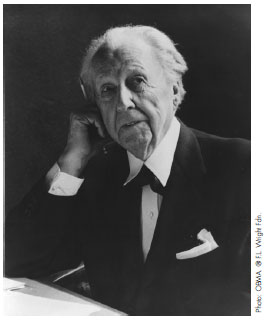 Frank Lloyd Wright was in his 80s when he first meet with Mr. and Mrs. Elam. He was in his sixth decade of practice at this point and some of his most famous designs were yet to come including the Guggenheim Museum in New York City, the Marin County Civic Center near San Francisco, and the Annunciation Greek Orthodox Church near Milwaukee.     Wright was also designing many private homes at this time. The Elam Home was unique in that it was one of the largest Usonian homes ever designed, second only to Johnson’s Wingspread house in Racine, WI.

Frank Lloyd Wright was born in Richland Center, WI. on June 8, 1867.  After starting out in Madison and Spring Green, he drove to Chicago in 1887 where he worked with Louis Sullivan and developed many of his ideas. The firm name was Adler and Sullivan and Wright was Sullivan’s Chief of design.  Wright worked there for 6 years and then went out on his own.   During his career which spanned more than 70 years, Wright designed 1,141 works including houses, offices, churches, school, libraries, bridges, museums, and many other building types.   Of that total, 532 designs were completed, and 409 still stand.    Frank Lloyd Wright died in April 1959, just one month before Warren Plunkett purchased the Elam house.    Mr. Wright is regarded as the greatest American Architect.

S. P. “Pearl” Elam operated a jewelry store at 310 North Main Street in Austin from 1933 until his retirement in 1974. The Elam family, which consisted of 5 children and Mr. & Mrs. Elam, lived in the home from the time of its completion in 1951 until 1959 when it was sold to Warren and Eleanor Plunkett.

Warren F. Plunkett was a State District Court judge at the time that he and his wife, Eleanor Lampert Plunkett purchased the home in March 1959. They had two daughters at the time, Dianne and Lynda, and son Peter was born later that year.

After the death of Eleanor in an auto accident in 1963, Warren remarried Audrey Erickson Larson and they had another daughter, Gail. With Audrey’s four children, the home was ample for a family of 10.   The Plunkett’s thrived in the home and still own it to this day. 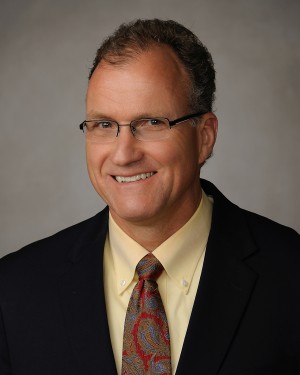 Peter Plunkett grew up in the Elam House, went to school and graduated from Austin High School, obtained a BA degree in Business Management from St. Thomas College and a JD degree from William Mitchell College of Law in 1985.   Peter practices law at his law firm in downtown Austin – Plunkett Law Office, P.C.   Peter is the current owner of the home and runs the guesthouse.

Check Out Our Listing:

Book your room today and stay at a Frank Lloyd Wright Home!

The Elam House has all the amenities you will need for your stay.

View photos of The Elam House through our photo album

History of The Elam House

Learn about The Elam House, Architect Frank Lloyd Wright and its Owners